You landed here because you must have been searching for “how do you play the game kick the can? Don’t worry, you are at the right blog, grab a cup of coffee, you’d learn a lot today. 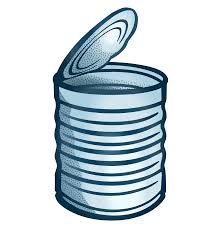 What is Kick the can game all about?

Most at times in the modern world, kids specifically, easily get bored of the old games which they are already used to and in course of that, the new trends and taste for better games becomes an issue. “Kick the can” is an advanced version of “Hide and seek”, this game arouses fun and the fantasy in children and average adults, though most parents don’t miss out in the game.

Usually children gets flabbergasted in their state of mind on account to unusual stress common in nature, trust me “Kick the can” is the relief tablet, but only when the knowledge itself is duly familiarized.

Kick the can brings about more interesting and fancy tickling techniques that kids can enjoy amongst friends at a party or playground.

Requirements to play kick the can game

Any large light can material or container that isn’t inimical(unharmful) is compatible to avoid accident.

How to play kick the can game

Commence by picking a player to become “IT” and a venue for the children to gather or assemble. On a start, this selected player kicks the container as far as he or she can and then the games commences immediately after this action is taken by the chosen player.

The players scatter within the game venue to find hiding places as the can continue rolling. “IT” then pursues the container until when possessed and brought back to the home base where the game started.

As soon as the container is captured and brought back home by the selected player, he/she counts to 50 or above with his eyes closed while other players still dwell in their hiding places.

After counting, he opens his eyes and starts searching for the other players in their hiding stations as the fun kicks off and soars.

Players or the player in jail is not out of the game. Yet another player can also volunteer to save the ones in jail if he succeeds kicking the can and calling out “Home Free” without being captured by the IT player, those in jail are free to run and hide from the selected player again.

The game triggers on until all the prisoners have been captured. The first captured player is re-selected for the IT in the next round. This game continues in a rotatory manner till all are exhausted.

Guess am not that great teacher? But I hope you enjoyed reading how to play kick the can game? Am hoping to see you next time.